(Don’t) Put the Pedal to the Metal: What Ontario’s New Stunt Driving Laws Mean for You

What is stunt driving?
What are the penalties?

How does it affect insurance?
What is the bottom line?

Stunt driving in Ontario is out of control. With on-and-off lockdowns over the past year and a half, the fast and furious have been taking advantage of barren streets and low traffic in major cities all over the province. Between January in 2021 to the end of May, Toronto alone saw a 90% jump in stunt driving and racing charges compared to the same period in 2019, with over 276 tickets—nearly 130 more than in 2019—issued out.

But now, Ontario is cracking down on road safety. As of July 1, 2021, the provincial government has implemented the Moving Ontarians More Safely Act, or the MOMS Act, to protect road users—motorists, cyclists, highway workers, and pedestrians alike—from dangerous driving. Going forward, drivers will be hit with stunt driving charges at lower speeds, with harsher fines and longer license suspensions and vehicle impoundment periods.

Think you’re safe? Guess again. Stunt driving isn’t just limited to burnouts or how fast your car is going. The truth is, even stepping on the gas too hard, cutting someone off, or tailgating will cost you big time if you’re convicted. And between fines, demerits, and insurance hikes, you’ll be dealing with the repercussions of a stunt driving charge long after your need for speed has worn off. Don’t believe us? Keep reading to learn more about stunt driving, the new penalties, and what they mean for your insurance.

What is stunt driving?

According to Section 172(1) of the Ontario’s Highway Traffic Act, stunt driving includes:

What are the penalties?

If you’re caught stunt driving, you’ll have to pay a fine of anywhere from $2,000 to $10,000 and you’ll get 6 demerit points. And now, under the MOMS Act you’ll also be subject to stiffer roadside penalties and convictions. Changes to stunt driving offences include:

If you’re caught stunt driving, you can kiss your license goodbye for a whole month. Roadside penalties have been raised from seven days each to a 30-day driver’s license suspension and a 14-day vehicle impoundment.

License suspensions also increase if you’re convicted of the charge. Before, you’d face a minimum of up to 6 months in jail and a 2-year license suspension (up to 10 years for subsequent convictions).

Now, you’ll be without your license for a minimum of 1 to 3 years after your first offense. For your second, your license could be suspended for up to 10 years. Three strikes and you’re looking at a lifetime suspension with possibility of reinstatement at a later date. Four or more convictions and it’s a permanent lifetime suspension.

Previously, stunt driving charges could be laid when a driver was going 50km/h or more over the posted limit. Now, on roads where the speed limit is under 80km/h, like retail locations, community centres, and other built-up or public areas, anyone going 40 km/h or more over could be charged with stunt driving.

How does stunt driving affect your insurance?

Insurance companies take stunt driving very seriously. If you’re busted, you’ll be put into the high-risk auto insurance category and your rates will skyrocket at renewal time, especially if you’re a young driver. Additionally, stunt driving will stay on your record for three years from your conviction date (the date you’re found guilty in court), so it’ll affect your rates for at least as long.

Even a minor conviction can cause your rates to double, triple, or trigger a complete cancellation of your policy. And if your insurance company decides to drop you as a client, you’ll have a tough time finding another provider willing to take you on once you’ve been classified as high-risk.

The MOMS Act paves the way for safer roads ahead. Speeding, road rage, distracted driving, and more—reckless driving of any kind has no place on our streets. And not just because it’s costly; it’s illegal, it’s dangerous, and sometimes it can even be deadly. The aftermath simply isn’t worth the thrill of sticking it to the slowpoke beside you or testing out your new engine. Plus driving responsibly won’t just keep you, your passengers, and the road safe; it’ll also help you keep a clean driving record and an affordable insurance rate.

To learn more about the MOMS Act, connect with PROLINK. As a licensed broker, we can walk you through the new laws and explain how the changes might affect your premium. And if you’re worried about being in a high-risk category, we can monitor your rates, teach you how to save, and help you shop around for a better solution.

PROLINK’s blog posts are general in nature. They do not take into account your personal objectives or financial situation and are not a substitute for professional advice. The specific terms of your policy will always apply. We bear no responsibility for the accuracy, legality, or timeliness of any external content.

Exclusive Term Life Insurance Offer
Save 10% on Term Life
Steady prices, no surprises—for the duration of your term.

Customizable protection for your loved ones.
GET A FREE QUOTE NOW 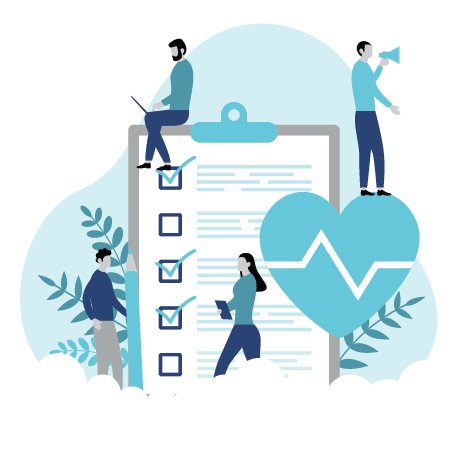 No medicals required for up to $2M in coverage (under the age of 50).

Customizable protection for your loved ones.
GET A FREE QUOTE NOW
Search